U.S. will consider limiting plastics in federal purchasing By Reuters 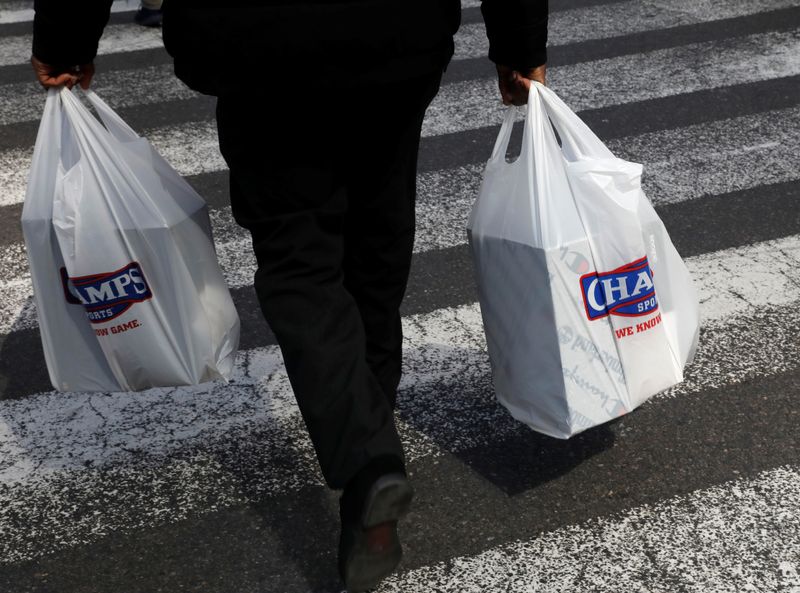 © Reuters. FILE PHOTO: A man carries plastic shopping bags after the New York State legislature included a statewide ban on the use of single use plastic bags in their 2020 budget in Manhattan in New York City, New York, U.S., April 2, 2019. REUTERS/Mike Segar

The move by the U.S. government, which spends more than $650 billion on products and services each year, could accelerate efforts to find alternatives to a major source of U.S. waste.

In a public notice, the General Services Administration, which manages federal property and serves as the government’s purchasing authority, said it was seeking input from the public on the use of plastic in shipping and packaging, as well as other uses in federal contracts. It said it intends to use the information to craft requirements and reporting mechanisms aimed at reducing single-use plastic.

The GSA will accept public comments for 60 days before considering a proposed rule.

“With single-use plastics being a significant contributor to the global plastic pollution concern, it is a logical step for the agency to examine this,” the GSA said in the notice.

The effort comes five months after 180 conservation and community groups filed a petition calling on the GSA to ban federal agencies from buying single-use plastics. They argue that plastics, which are produced with fossil fuels, are contributing to climate change, harming public health and clogging the environment.

“I hope this incredibly promising development marks the start of a federal commitment to strike at the root of the plastic pollution crisis,” Center for Biological Diversity attorney Emily Jeffers, who authored the petition, said in a statement.

Last month, the Biden administration said it would phase out single-use plastic products on public lands, including the National Parks Service, by 2032.

Starlink on your yacht, so hot – TechCrunch