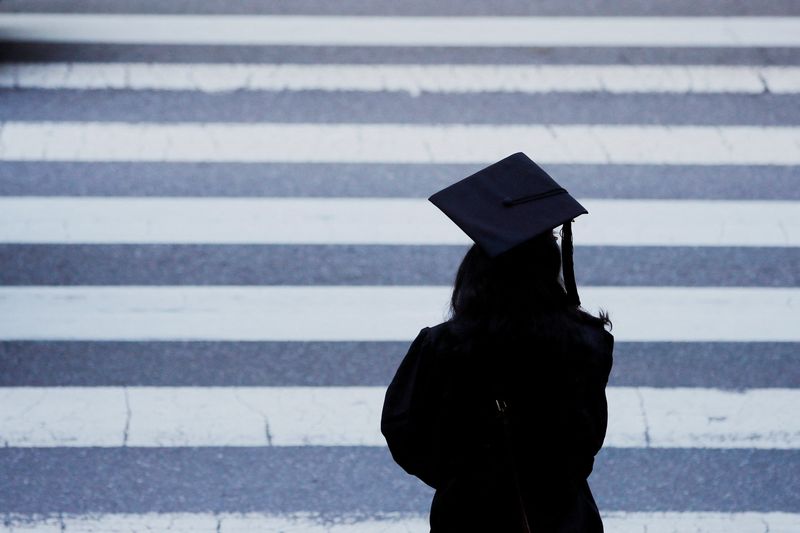 WASHINGTON (Reuters) – The U.S. government wants to simplify the student loan forgiveness process for defrauded students and make it easier for public servants to get the debt forgiveness, the Education Department said on Wednesday.

Students who attended for-profit schools that lied or took advantage of them may be considered for debt cancellation as a group, without burdening individuals to make their case alone, the new proposals released by the Education Department said.

They are also proposing debt cancellation after 10 years for government or specific non-profit employees.

Student debt cancellation has become a priority for many liberals as November’s midterm congressional elections approach. The policy is popular with younger and more highly educated voters, who lean Democratic. About 43 million Americans have federal student loan debt, according to educationdata.org.

The public will now have a 30-day comment period, after which the department must review suggestions and decide what to incorporate into a final rule. The department will then plan to finalize rules by Nov. 1 and implement them no later than July 1, 2023.

“We are committed to fixing a broken system. If a borrower qualifies for student loan relief, it shouldn’t take mountains of paperwork or a law degree to obtain it,” U.S. Education Secretary Miguel Cardona said in a statement.

The proposals made on Wednesday would remove the practice of interest capitalization on federal student loans in cases when a borrower exits a forbearance or defaults on their loan. Interest capitalization is when accrued interest is added to the principal balance of the loan, so that future interest accrues on a higher amount.

Many colleges would no longer be able to make students sign mandatory pre-dispute arbitration agreements or class action waivers.

Separately, late last month, the Biden administration said the United States will cancel $6 billion in student loans for 200,000 borrowers who claimed they were defrauded by their colleges.

The administration had previously approved $25 billion in student debt forgiveness for about 1.3 million borrowers.