Twitter is yet again proving it’s the worst for bulk bad takes — this time, debating whether Anne Frank, who was hunted and killed by Nazis, had white privilege while alive. 🥴

You might’ve noticed the late Holocaust victim was trending Saturday, but finding out why is disheartening … some, it seems, have put forth an argument that Frank benefited from white privilege in Nazi Germany — an argument that is rightly being shot down left and right.

Unclear how this toxic discourse first started, but it seems to stem from a warped notion that Jews had the benefit of their skin color to go unnoticed in public, if only temporarily, during that bleak time in history … while POC, historically, haven’t been able to do so.

The argument is so twisted, and yet … it’s being defended by a select few on the bird app … despite a vast majority of folks swooping in to bat down the rhetoric by noting that Jews were, in fact, seen and treated as an inferior race in an ethnic sense … and that Anne Frank was murdered specifically because she was Jewish. Plus, she was in hiding!

As someone wisely put it, “Anne Frank didn’t have white privilege…you wanna know why? Jewish people aren’t included when white nationalists define the perfect Aryan race. If you think she did, tell that to all the other innocent jewish people forced into concentration camps for not being white enough.”

In other words, Jews were not considered one and the same as Nazis at the time, by said Nazis, even pigmentation-wise — evidenced in their literal extermination by the millions. 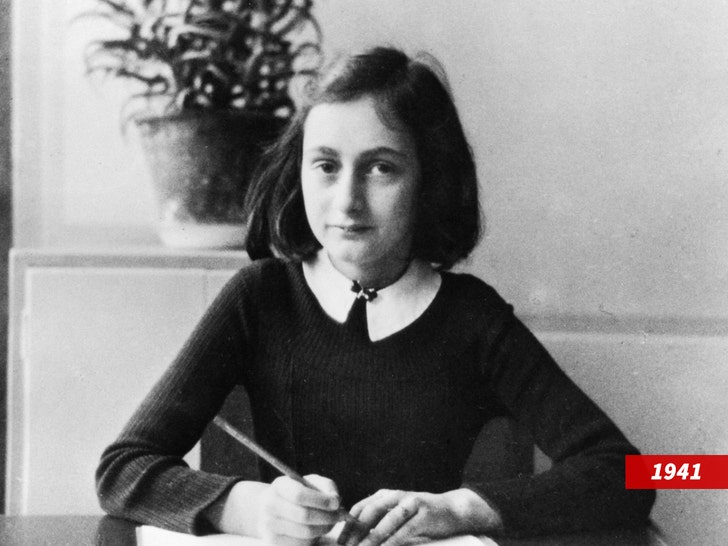 This harkens back to another weird debate from a few years ago, when folks were going after Hellen Keller — who was both blind and deaf — for only have achieved such notoriety and success in her day due to her own “white privilege.” That was bad, this is much worse.

This also seems to be in the same spirit of what Whoopi Goldberg put forth on ‘The View’ this year … when she likened the Holocaust to one group of white people against another, and not wanting to conflate that with racial oppression experienced by African-Americans.

She was suspended, and ultimately apologized. As some have noted, convos like these devolve into a contest of suffering — with this new trend just being the latest iteration.

No, Anne Frank was not an oppressor … toss that thinking into the garbage, immediately.

The 8 Coolest Images of Earth NASA Shared in June

DaniLeigh Says The Situation With B. Simone Wasn’t...

B. Simone Says DaniLeigh “Is Not That Mature”...

DaniLeigh Says The Situation With B....