Stablecoins are now drawing the attention of people in Argentina after a top cabinet official resigned.

As a result of the departure of Argentina’s economy minister in the face of a continuing economic calamity, Argentines ramped up their purchases of stablecoins throughout the weekend as they normally do.

The peso fell roughly 15 percent following the resignation, relative to the stablecoins DAI and tether on a number of the most prominent local trading platforms. Stablecoins are tethered to the US dollar, making them less susceptible to price volatility.

Guzman’s exit was the biggest departure from President Alberto Fernández’s cabinet when coalition infighting intensified. No replacement was immediately disclosed.

In the midst of Argentina’s political disarray and economic misery, residents have shown increased interest in stablecoins, and USDT in particular.

Argentina, a former economic powerhouse and one of the largest nations in South America, has not been in the finest position in the last few years. The country was formerly ranked as the 10th richest in terms of per capita in the world.

Years of mistrust in the banking system, rising inflation, and restrictions on the number of pesos that may be transferred into more stable currencies like the US dollar, have increasingly forced Argentines into cryptocurrencies. 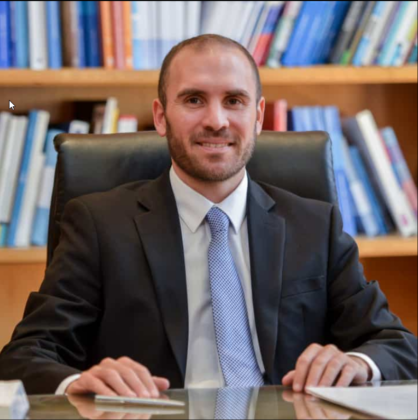 The stablecoin market in Argentina grew sixfold in the past year. The nation ranks 10th on the Crypto Adoption Index released by Chainalysis, a website that focuses on crypto and blockchain. Cryptocurrency is the best solution for many Argentines to protect their money.

According to estimates, the Argentine exchange Buenbit had a 300 percent spike in trading volume on Sunday compared to the same day in the previous weeks.

In addition to utilizing their DAI as collateral to acquire loans in Argentine pesos, an increasing number of individuals are purchasing additional DAI as insurance against a potential peso devaluation, the reports added.

During his tenure, Guzman was able to cut Argentina’s foreign debt while providing desperately needed cash aid and food stamps to poor individuals.

In May, though, Argentina’s inflation rate surpassed 60 percent. Simultaneously, diesel fuel shortages and pressure from political opponents forced Guzman to step down.

Meanwhile, efforts are being made to broaden the accessibility of cryptocurrencies, in part through investment instruments that serve as a bridge between traditional and virtual currencies.

Debit cards for cryptocurrency transactions are now available from three Argentinian startups. A Patagonian village where 40 percent of businesses accept Bitcoin gave birth to one of these startups, Lemon.

2 Ways To Add Text, Images, or Links As QR Code in Google Docs

What to consider when choosing a crypto casino...

These Factors Have A Negative Impact On ADA...

UK Gold Dealer Sold Out of Bullion After...

What to consider when choosing a...