Open for all: It’s Open Championship week, and the action shifts to the Old Course 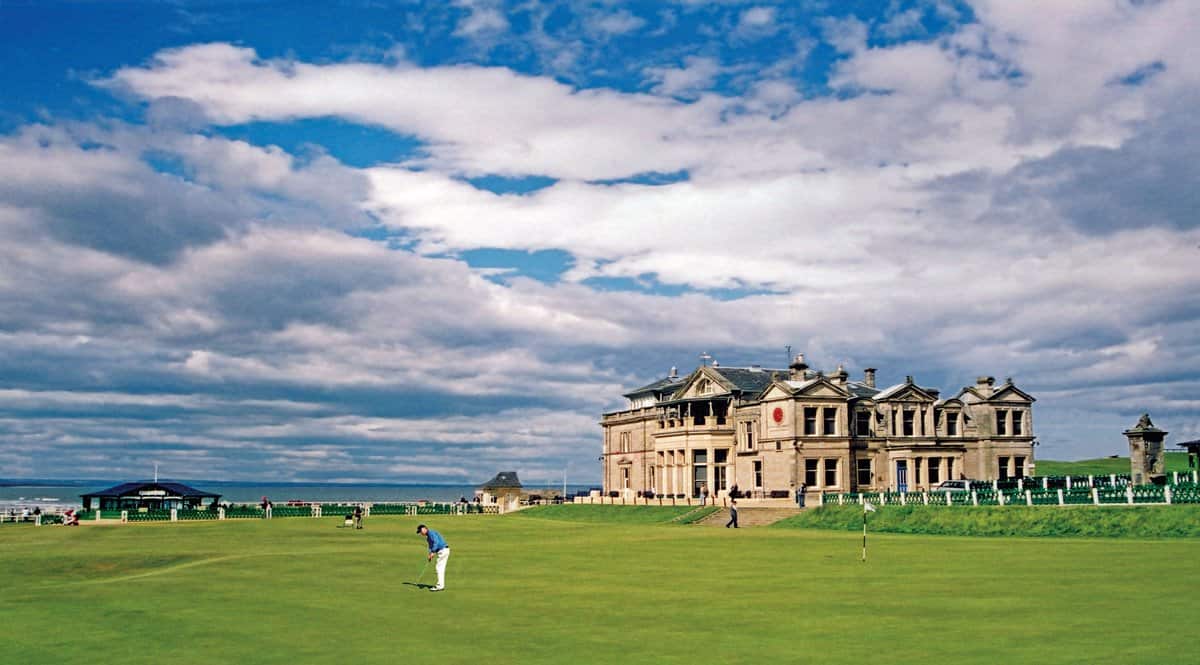 Circa 2012, Inverness, Scotland. 40-year-old Jeev Milkha Singh is sitting at the patio of the Castle Stuart Links’ clubhouse enjoying tea and helping himself to some cake. Singh has reason to feel pleased with his performance earlier in the day—in the final round of the Scottish Open played on a windswept links course in the Scottish Highlands, the Indian golfer matched the low round of the day with a tidy 5-under-par 67. That’s taken Singh—winless for the past four years—to the top of the heap in the clubhouse—leader amongst those who’ve finished their rounds.

That’s no reason for celebration yet. The leaders—local favourite Marc Warren and Italian Francesco Molinari—are amongst the late starters who’re still out on the course. Warren, unsurprisingly, is the hot local favourite; like the others in the leader-group, the Scot has made hay while the sun shone, literally over the first three rounds at Inverness. That changed dramatically on the final day when the course was lashed by heavy rain and fierce winds. While a number of fancied names in the field including the likes of Phil Mickelson and top-ranked, Luke Donald fell prey to the inclement weather, Warren buckled under the pressure of winning this National Open dropping four strokes on the last four holes.

As Singh watched what he’d assumed would be a close-and-shut win for someone else, things got interesting. Bleeding strokes, Molinari managed to hole a putt to tie Singh on the final hole and two went into a playoff. The rest, as they say, is history—Singh became the Scottish Open Champion—the win took him back into the Top 100 of the world, and got him a berth at the Open Championship that was played at Royal Lytham the following week.

At the Open, Singh didn’t fare too well, finishing way down the field, which, as history has borne out, tends to be the case for Scottish Open winners. The only notable exception is Phil Mickelson who won both trophies back-to-back in 2013. There is, however, some logic to the Scottish Open being good prep for the conditions that overseas players are likely to face at the Open (with due apologies to many a Scot who would chafe at that suggestion). A number of players who’ve entered the event have gone on to win the Open Championship. Darren Clarke, Ernie Els, Mickelson, Rory McIlroy, and Henrik Stenson, hoisted the Claret Jug after participating in the Scottish Open. At the time this piece is being written, Cameron Tringale is leading at The Renaissance Club by three strokes after two rounds. Tringale gobsmacked the field by shooting an unreal 61 in his first round, and looks good to take the form into the weekend. The American’s chances aren’t fancied at the Open next week, and those odds are going to get even more stacked if he happens to win. There’s much more at play when it comes to predicting how this edition of the greatest golf tournament in existence is going to play out—you see in 2022, the Open Championship is going home—to the Old Course at St Andrews.

No one can ever accuse an established player of wanting to win the Open Championship for the money, but there’s a tidy $14 million purse to be split amongst the field with the winner taking lion’s share of $2.5 million. I say tidy only because the advent of the LIV Golf Tour has changed the high mark so significantly that a few million suddenly sound like small change. Mickelson who’s reportedly made an astonishing $200 million for signing up for the Saudi-backed league is certainly not in it for the money. Yes, they’re all going to be there—the players including Mickelson who’ve signed up for the parallel golf league. The PGA Tour finds itself cornered after the USPGA allowed the ‘rebel’ players to play in the recently concluded US Open, and the Royal & Ancient has done exactly the same.

“The Open is golf’s original championship and since it was first played in 1860, openness has been fundamental to its ethos and unique appeal,” said R&A chief executive Martin Slumbers. On another note, scruples about LIV Golf Tour’s backing aside, I’m not sure how people in the future would look upon Major events that did not allow some of the game’s top players of the day to participate. That kind of alienation also casts a long shadow on the achievement of whoever does win: doesn’t it take away from someone’s triumph when the field doesn’t include a few of the biggest challengers?

History isn’t kind. But that’s all old hat now. It’s Open Championship week, and the action shifts to the Old Course. It really doesn’t get any better than that folks. Especially since we’ll be able to watch in India without needing to stay up all night. The punters haven’t thrown up any surprises, although we all know how misleading odds can be in a game that is defined by the space between your ears. Rory McIlroy is tipped to win (9-1) followed by Jon Rahm (11-1), Scottie Scheffler (12-1), Justin Thomas (14-1) and defending champion Collin Morikawa (18-1).

My money is squarely on Scheffler—more than , anything, this man, believes he can win. And that takes precedence over everything—course strategy, golf swing, et al. Nothing matters more in golf ( as in life) as believing in yourself. That’s probably the best tip ever.

(A golfer, Meraj Shah also writes about the game)

Apple Watch Series 7 is on sale for $284 right now