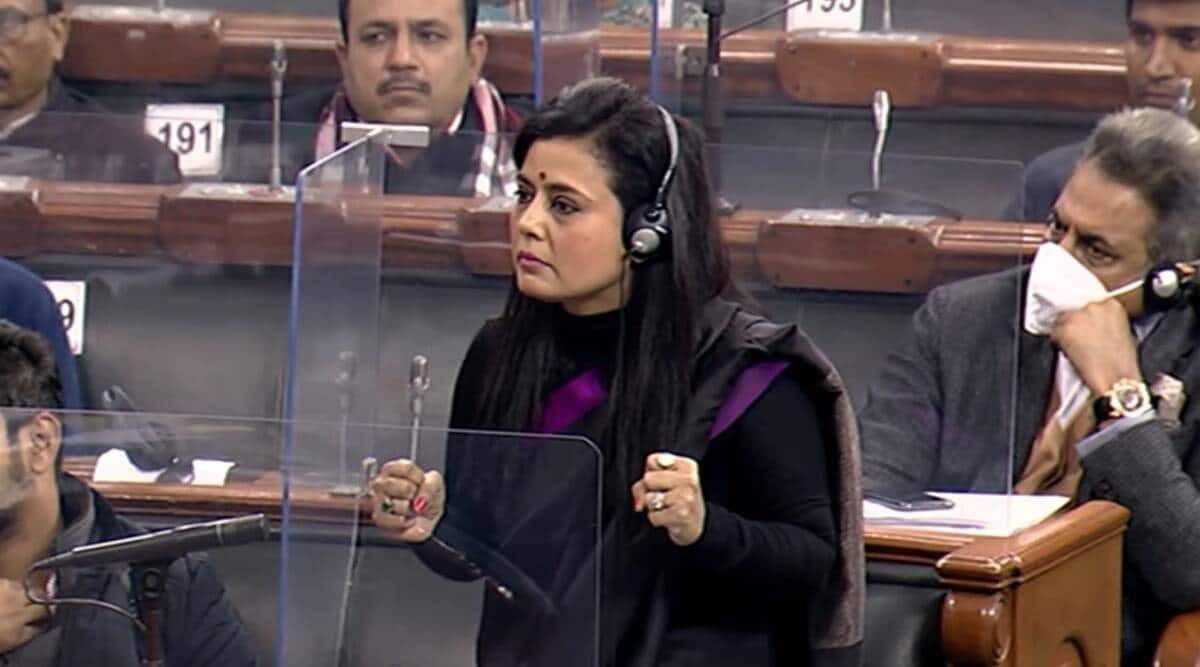 Trinamool Congress Lok Sabha MP Mahua Moitra on Wednesday has unfollowed her party on Twitter after TMC distanced itself from Moitra’s remarks, identifying Goddess Kaali as a “meat-eating, alcohol-accepting” deity.

On Tuesday, Moitra, while speaking at a media conclave, said Goddess Kaali is offered meat and alcohol during worship in parts of the country. The remark was part of Moitra’s argument that religious beliefs are a matter of personal choice and that anyone was free to recognise a deity as she or he deems fit. The remarks came in response to a question on a controversy over the poster of Canada-based filmmaker Leena Manimekalai’s documentary film depicting Goddess Kaali as smoking with a rainbow-coloured pride flag in the background.

Amid the ongoing row, two separate FIRs have been filed against Manimekalai in Delhi and Uttar Pradesh, while the Indian High Commission in Ottawa had asked the organisers of the event at Toronto, where the film is to be screened, to take down the provocative posters.

Speaking at the media conclave, Moitra said, “And if you go to Tarapith (the iconic Kaali temple in West Bengal’s Birbhum district), you will see sadhus smoking. That is the version of Kaali people worship (there). I, within Hinduism, being a Kaali worshipper, have the right to imagine Kaali in that way; that is my freedom.”

While the Trinamool Congress was quick to distance itself from Moitra’s comments, calling it her ‘personal’ opinion, the Bengal BJP unit has demanded her resignation over the remarks.

“TMC can’t detach itself from comments of Mahua Moitra. If TMC actually doesn’t endorse it, they should take action – they should either expel her or suspend her from the party for a few days, West Bengal BJP President Sukanta Majumdar told news agency ANI, while adding, “Our Mahila Morcha will stage a sit-in protest, go to Police Station, and request that she (Mahua Moitra) be arrested.”

While clarifying that her remarks were not made in the context of the documentary film, Moitra, while attacking BJP, tweeted, “I NEVER backed any film or poster or mentioned the word smoking. Suggest you visit my Maa Kaali in Tarapith to see what food & drink is offered as bhog. Joy Ma Tara.”

The TMC, while condemning her remarks earlier, tweeted, “The comments made by Mahua Moitra at the India Today Conclave East 2022 and her views expressed on Goddess Kali have been made in her personal capacity and are NOT ENDORSED BY THE PARTY in ANY MANNER OR FORM. All India Trinamool Congress strongly condemns such comments,” the party said.

Suda51’s ‘Lollipop Chainsaw’ is getting a remake