Moody’s cuts Mexico’s credit rating by one notch, but improves outlook By Reuters 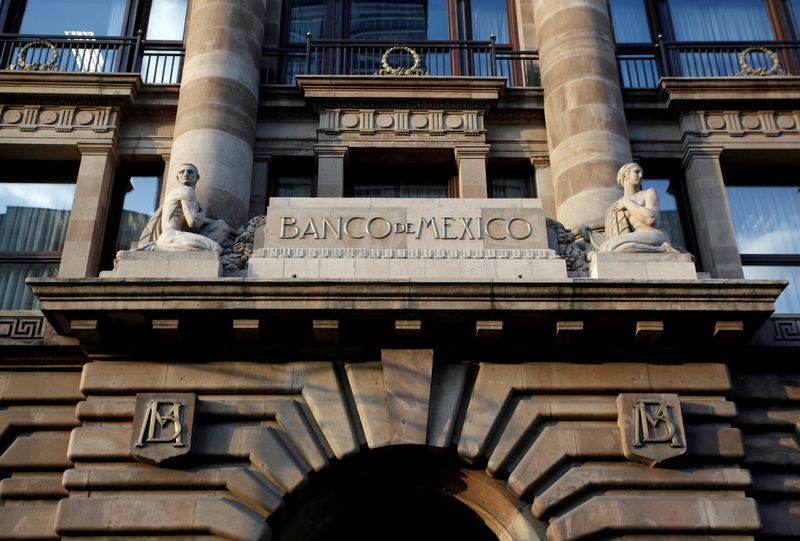 © Reuters. FILE PHOTO: The facade of the Bank of Mexico building is pictured in downtown in Mexico City, Mexico February 28, 2019. REUTERS/Daniel Becerril

“The economic scarring that took place during the pandemic will not be reversed and, consequently, there will be a persistent gap between the pre-pandemic trend level for GDP and current estimates for 2022-24,” the agency said in a note.

Weak investment dynamics have been an important driver of economic underperformance, especially since 2018, when Andres Manuel Lopez Obrador was elected president, said Moody’s.

“This, along with a constrained fiscal support package, have contributed to a lagged economic recovery from the pandemic shock,” it added.

In the absence of unanticipated shocks and assuming rising economic and fiscal pressures, the agency changed Mexico’s outlook to “stable”, arguing that the credit profile will remain aligned with similarly-rated governments through the end of the current administration.

It also noted that prudent fiscal management under austere Lopez Obrador has limited the deterioration in the government’s debt burden.

Reiterating its promise to strengthen public finances and keep a lit on debt, the finance ministry responded in a statement that the country has the “financial shock absorbers” to withstand global risks.

Julio Ruiz, chief economist for Mexico at Brazilian bank Itau, argued the Mexican economy still had a long way to go to reach its pre-pandemic levels.

“Assuming a context where external factors are favorable, at the very least companies would need more certainty from the government to increase investment,” said the former finance ministry official. “There can’t be constant policy changes.”

Elon Musk is officially trying to kill his Twitter takeover