Is Twitter Really Going to Sue Elon Musk for Ending the Deal? By DailyCoin 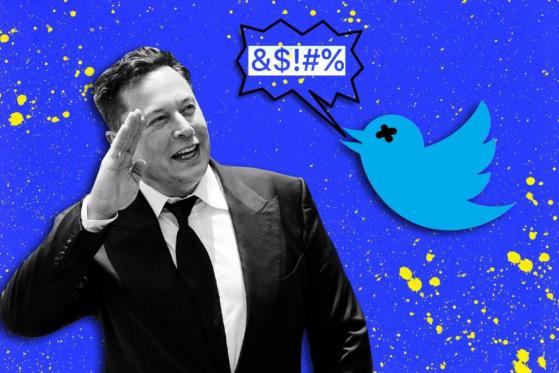 Is Twitter Really Going to Sue Elon Musk for Ending the Deal?

Twitter plans to sue Elon Musk for breaching the $44 billion purchase agreement signed last April. The decision to end the agreement was notified by the South African – American billionaire through a letter sent by his lawyer to the legal director of the social media company.

The thing happened after Musk formally requested information related to some false accounts, which the platform maintains, as well as the way in which Twitter audits and suspends them.

The chairman of the board of Twitter, Bret Taylor, reported that the company is still committed to closing the deal with Musk under the terms agreed between the parties. However, he warned that he plans to initiate legal action to enforce the signed agreement.

“We are confident that we will prevail in the Delaware Court of Chancery,” Taylor wrote on Twitter.

Following Musk’s announcement to tear up the controversial deal, Twitter shares sank about 6% on Friday.

The letter sent by Musk’s lawyer, Mike Ringler, was revealed in a United States Securities and Exchange Commission (SEC) filing.

Ringler claimed that Twitter had failed to meet its contractual obligations. According to the lawyer, Twitter repeatedly refused to provide Musk with the relevant business information that had been requested, as stated in the contract.

Before this, Musk had asked the platform administrators for clarification on whether 5% of its monetizable daily active users (mDAU) were actually spam accounts.

According to Ringler “Twitter has failed or refused to provide this information. Sometimes Twitter has ignored Mr. Musk’s requests, sometimes it has rejected them for reasons that appear to be unjustified, and sometimes it has claimed to comply while giving Mr. Musk incomplete or unusable information.”
On the other hand, the lawyer pointed out that the company had violated the merger agreement because it contains “materially inaccurate representations.” Musk came to this conclusion after doing a preliminary review of the spam accounts that still remain hosted on the social media platform.

In its defense, Twitter argued that it was not possible to accurately calculate spam accounts using only public information as a source. Likewise, it reported that a team of experts was conducting a review of the platform to reach the 5% figure and that the elimination of false accounts was done by people, not artificial intellect.

This week the company said it was removing about a million spam accounts a day. In this way, Twitter would be trying to meet Musk’s demands while minimizing the activity of automated bots.

“While this analysis remains ongoing, all indications suggest that several of Twitter’s public disclosures regarding its mDAUs are either false or materially misleading,” Ringer said.
Another of the lawyer’s allegations was that the company had failed to comply with its obligations to request Musk’s approval before making momentous decisions that affected the business and pointed to the recent layoffs made by the company as evidence.

Shortly after closing the deal, Musk was already threatening to withdraw. On May 13, Twitter shares plummeted 25% (though later recovered somewhat) after the eccentric investor said the deal with the company was “temporarily suspended” due to the spam accounts.

Hargreaves Lansdown (LON:) senior investment and markets analyst Susannah Streeter put it this way a couple of months ago:

“Musk’s Twitter takeover was always destined to be a bumpy ride, and now it risks hitting the skids over the number of fake accounts on the platform,” she said.
“There will also be questions raised over whether fake accounts are the real reason behind this delaying tactic, given that promoting free speech rather than focusing on wealth creation appeared to be his primary motivation for the takeover,” she added.
Under the terms of the deal, Musk must pay $1 billion if he breaks the acquisition deal. Unless he shows that the company breached the terms.

But the company could also keep Musk in the contract under the original terms and not sue. It is known that Musk did not want to commit his capital in Tesla (NASDAQ:) in order to acquire the social network.

Since the public debate between Musk and the company began, the company’s share price has remained unstable. On the day when Twitter accepted Musk’s takeover offer, the share price was $54.20, but ultimately traded at $51.70.

Why You Should Care

The letter states that he “is considering whether the company’s declining business prospects and financial outlook constitute a Company Material Adverse Effect giving Mr. Musk a separate and distinct basis for terminating the Merger Agreement.”
Where will this controversial issue between Musk and Twitter lead? Nobody knows. The truth is that it will not be easy to resolve for any of the parties, since each one has arguments in its favor. Many wonder if the company is really willing to engage in a costly and lengthy lawsuit with the richest man in the world.

The company has had to cut about a third of its headcount to save costs. While the CEO of Tesla, communicated to Twitter employees through a virtual chat in June that “the costs [at Twitter] outweighed the benefits. The situation is not very good.”

In the opinion of some experts, the social network must exhaust its efforts to keep Musk within the agreement, thinking of the good of the shareholders. If it decides to sue, it opens an uncertain path, since the company could be further weakened if the acquisition offer does not materialize.

The Spectacular Spider-Man is On Netflix, and Worth Watching