How Swiggy addressed the ‘horse in the room’; brand experts call the move distinctive 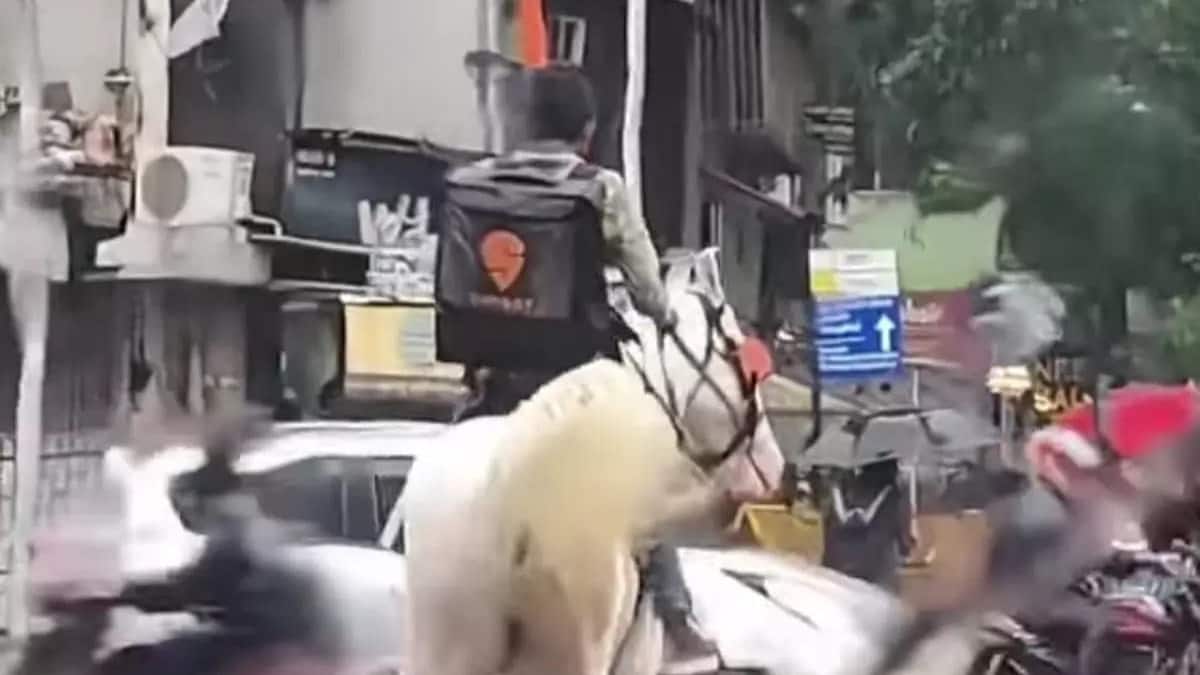 Online food delivery apps seem to have caught the attention of netizens, not only from a convenience perspective but also for their tongue-in-cheek content on social media. A case in point is Swiggy’s recent announcement to reward 5,000 in Swiggy money ‘9its very own wallet) to the first person who gives useful information about its accidental brand ambassador ‘Swiggyman on the horse’. This comes on the back of a recent video that went viral across social media platforms.  “It has come to our notice that a recent amateur video of an unknown person, carrying our monogrammed delivery bag while sitting quite confidently on a living white horse (not a statue), has propelled us to unexpected but not unappreciated fame,” Swiggy said in a social media post.

The company also stated that while it would like to take some credit for the man’s ingenious plan and vehicle of choice, it really can’t. “After exhausting all other options we now need your help to get to the bottom of this story. So to get things started, we have already launched a Swiggy-wide horse-hunt and put a bounty as well,” it added. The move sparked social media conversations as netizens took to social media platforms to reply to Swiggy on this.

As per brand experts, the move has generated a lot of attention and curiosity among netizens. “Regardless of whether it is staged or organic, it’s a nice viral idea. From a creative point of view, it is a master stroke by the brand. Latching on to the video by offering money gives more interest in it for the coming weeks. They have tried to mine more content out of the video and it has been done in a good way,” Karthik Srinivasan, independent communications consultant, said.

Swiggy also introduced a special tribute on its app for the rider by putting a horse riding icon to showcase the delivery person. In a social media post, the company stated that “when it comes to delivering your order, we really can’t hold our horses.”

What they have done interestingly is taken a metaphor of a horse to depict speed, Arijit Ray, CEO and founder, The Unlock Company, said. “In the maze of trying to be distinctive, lots of brands are trying to create messaging which lacks a good idea. If it is hinged on a good idea, it fits in and falls well such as in the case of Swiggy,” he added.

Experts also point out that such ideas work only for brands that enjoy good consumer traction and not ones that may have just entered the market or are less popular.

Read Also: Quest Global to clock a billion dollars in revenue by 2025; plans to focus on healthcare and medical devices vertical