Georgetown’s ex-tennis coach gets 2-1/2 years in prison in U.S. college scandal By Reuters 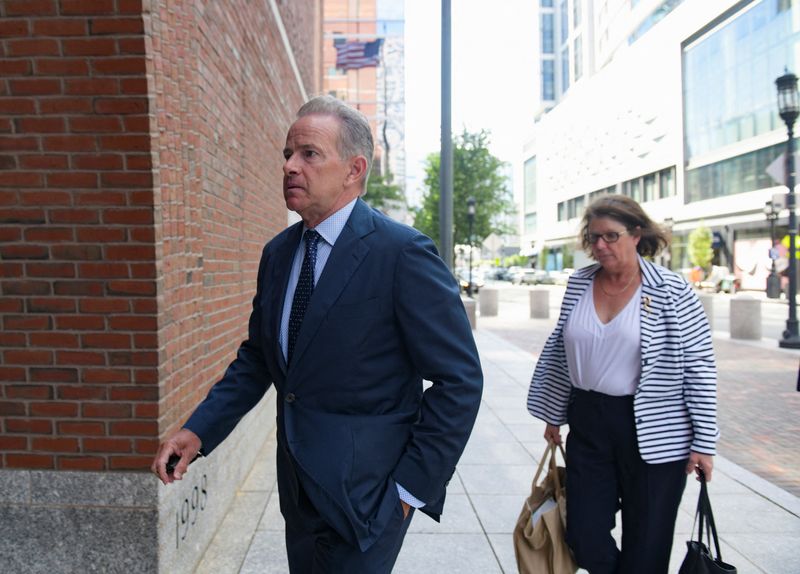 BOSTON (Reuters) – A former Georgetown University tennis coach was sentenced on Friday to 2-1/2 years in prison for helping children of wealthy parents get into the school in exchange for nearly $3.5 million in bribes as part of a vast college admissions fraud scheme.

It was the longest sentence to result to date from the “Operation Varsity Blues” investigation, which exposed how wealthy families went to extremes to secure spots for their children at competitive schools including Stanford, Yale and the University of Southern California.

Ernst must also serve an additional six months of home confinement upon release and forfeit $3.43 million. His lawyers did not respond to a request for comment.

Fifty-four people have pleaded guilty or been convicted at trial since 2019, including Singer and actors Lori Loughlin and Felicity Huffman.

Prosecutors said Ernst over a decade accepted more bribes than any other coach in the case in exchange for designating 22 students as tennis recruits at Georgetown in Washington, D.C., including 19 children of Singer’s clients.

Those paying bribes included Douglas Hodge, the former chief executive of bond manager Pimco, who was sentenced to nine months in prison in 2020.

In a letter to Talwani ahead of Friday’s hearing, Ernst, 55, expressed his “deep regret” for his “selfish actions.” His lawyers argued he deserved just one year in prison while prosecutors pushed for four.