Shamshera is one of the year’s most anticipated films, starring Ranbir Kapoor, Vaani Kapoor, and Sanjay Dutt in pivotal roles. In addition to them, the film stars Ronit Roy, Saurabh Shukla, and Ashutosh Rana. Aditya Chopra’s Yash Raj Films is producing the period action film, which is directed by Karan Malhotra. The story is set in the 1800s in the heart of India, in the fictitious city of Kaza. Shamshera will be released in theatres on July 22, 2022.

The makers of Shamshera have now released Fitoor, a new song from the film. Ranbir and Vaani are romancing in the song while grooving to Arijit Singh and Neeti Mohan’s voice. It is composed by Mithoon, and the lyrics are written by Shamshera Karan Malhotra’s director. This is Ranbir and Vaani’s first on-screen collaboration, and fans are excited to see how they work together.

Talking about Fitoor Ranbir said in a statement, “I love Fitoor. It’s a lovely romantic track, the quintessential love song that I hope people also love. The scale of Fitoor is just insane and it will look grand on the big screen.“ In addition, when discussing Shamshera’s music album, he stated, “Shamshera is a period action entertainer. So, the music also had to fit in that period so that it’s not jarring. The film has very different kinds of songs. It’s got a good amalgamation of different kinds of music which I really like and I hope people like it too.” 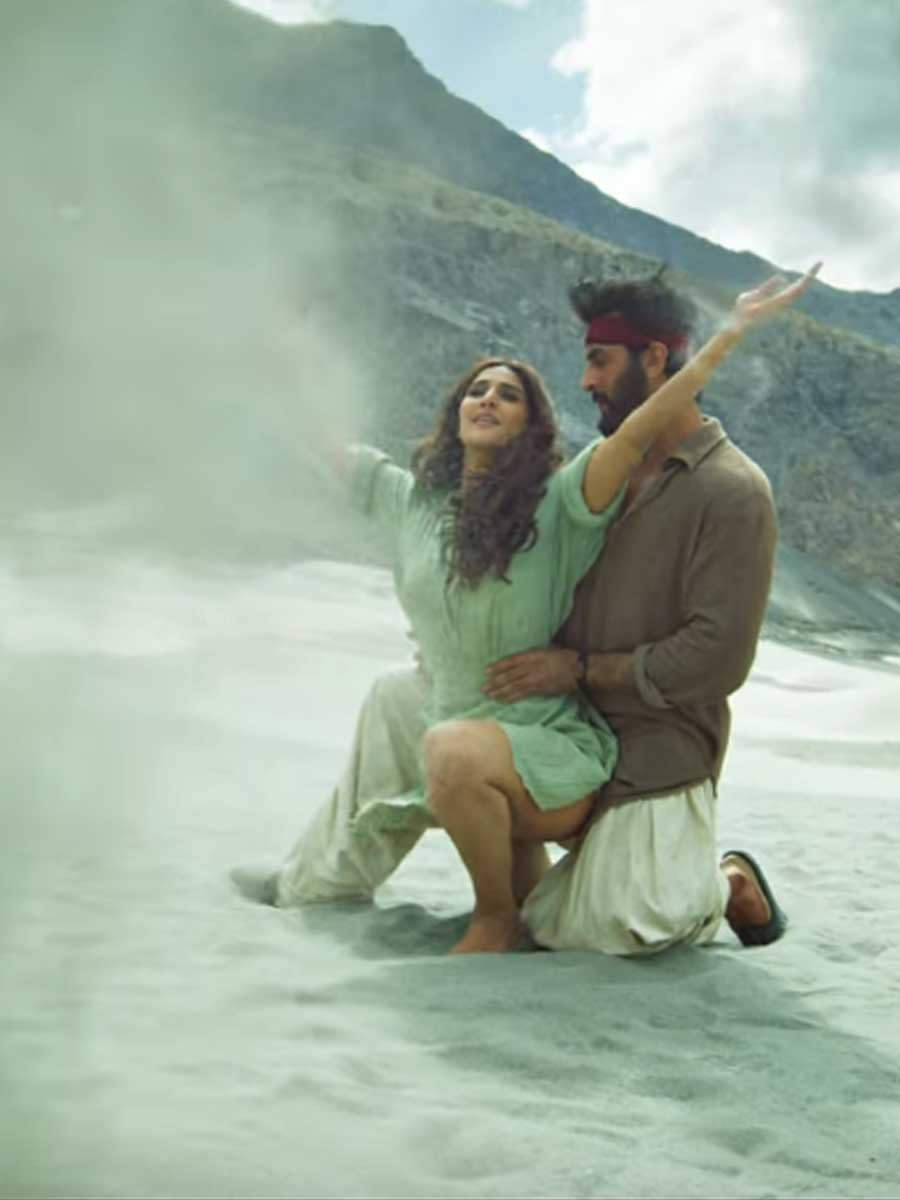 Ranbir will play two characters in the film. In the film, Sanjay Dutt will play a police officer named Daroga Shuddh Singh, and Vaani Kapoor will play Sona, a dancer. Shamshera will be released in theatres on July 22, 2022, in multiple languages including Tamil, Telugu, Malayalam, and Kannada.

The Come Fall In Love musical is creating...

Kanye West Turns Heads In London With His...

The Come Fall In Love musical...