Top Federal Reserve officials have concluded that entrenched inflation poses a “significant risk” to the US economy, according to an account of their most recent meeting.

According to the minutes of the June meeting, Fed officials believed that even tighter monetary policy may be needed to stave off a destabilising economic cycle that would further stoke price pressures.

“Many participants judged that a significant risk now facing the committee was that elevated inflation could become entrenched if the public began to question the resolve of the committee to adjust the stance of policy as warranted,” the minutes said.

Officials now support interest rates moving to a level that actively begins to restrain economic activity. According to the minutes, participants deemed such a move appropriate “from a risk management perspective”, arguing it would put Fed in a better position to implement “more restrictive policy if inflation came in higher than expected”.

The minutes of the June meeting of the Federal Open Market Committee, which were released on Wednesday, underscored the alarm spreading through the top ranks of the US central bank over inflation — which is running at an annual pace of 8.6 per cent — and the lengths officials are willing to go to in order to ensure the price growth does not spiral even further out of control.

Fed chair Jay Powell has acknowledged in recent weeks that the path to a so-called soft landing, where the central bank moderates inflation without causing widespread job losses, has narrowed.

A US recession is now “certainly a possibility”, and would in large part depend on factors outside of the Fed’s control, he said, citing the war in Ukraine and prolonged lockdown measures in China to stop the spread of Covid-19.

Powell doubled down on that message last week on a joint panel with Christine Lagarde, president of the European Central Bank, and Andrew Bailey, governor of the Bank of England, emphasising that failure to restore price stability would lead to an even worse outcome for the US economy 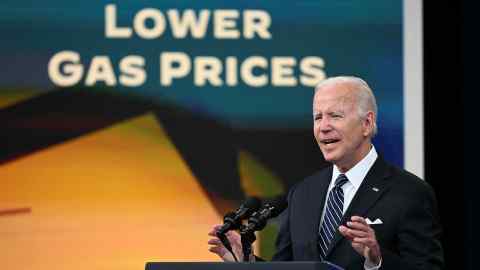 “The process is highly likely to involve some pain, but the worst pain would be from failing to address this high inflation and allowing it to become persistent,” he said.

The account of the meeting shed further light on why the Fed abruptly decided last month to dramatically step up the pace at which it is tightening monetary policy, opting for the first 0.75 percentage point increase in the federal funds rate since 1994. The move lifted the new target range to 1.50 per cent to 1.75 per cent.

The decision marked a departure from the Fed’s previously signalled plans for a second consecutive 0.50 percentage rate rise. It followed two economic reports showing a large jump in consumer prices in May and a rise in inflation expectations that indicated mounting concern about the outlook.

The June meeting also featured revised forecasts, which suggested officials see rates rising to what Powell said was a “modestly restrictive level” by the end of year of just under 3.5 per cent. Further rate increases that push the policy rate to 3.75 per cent are expected next year, before cuts in 2024.

Officials’ economic projections also went further in acknowledging that the Fed’s action to quell inflation will cause economic pain, including higher unemployment and lower growth.