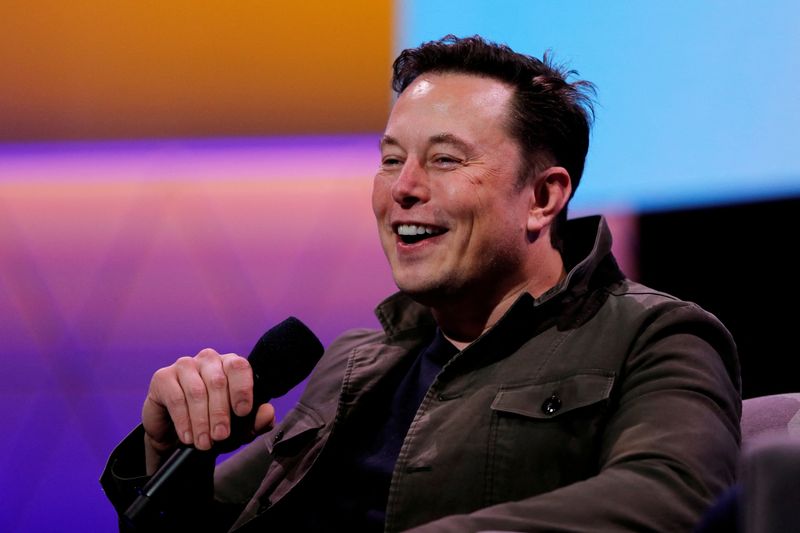 By Dawn Chmielewski and Hyunjoo Jin

(Reuters) -Elon Musk avoided discussing the collapsed Twitter deal, only repeating allegations of fake account issues at the social media platform, as he addressed an audience of moguls on Saturday, one person who attended the conference told Reuters.

The billionaire entrepreneur and chief executive of Tesla (NASDAQ:) Inc and SpaceX took the stage at the Allen & Co Sun Valley Conference, an annual gathering of media and technology executives in Idaho, less than 24-hours after he announced he was terminating his $44 billion deal to buy Twitter Inc (NYSE:).

Musk’s arrival at the Allen & Co Sun Valley Conference delivered a jolt to the off-record event this week, where the headline-making typically happens beyond the prying eyes of the media.

The interview was conducted by Sam Altman, CEO of OpenAI, an artificial intelligence research company, funded by Musk and several others.

“It just seems like an absolute mess,” said one senior media executive, who spoke on condition of anonymity ahead of the interview. “The guy makes his own rules … I’d hate to be Twitter, where you have to take this guy seriously.”

Sun Valley is typically covered like an athleisure version of the Met Gala, with photographers capturing the arrivals of fleece-vested media moguls and reporters making note of power-lunches at the Konditorei cafe on the property.

One Hollywood power-broker Friday expressed hope that the Musk interview would enliven the conference’s staid, cerebral atmosphere this year.

Hours later, Musk’s attorneys delivered an eight-page letter to Twitter, saying he planned to call off the deal to acquire the social network. The document, filed with the Securities and Exchange Commission, alleged Twitter failed to respond to repeated requests for information over the past two months, or obtain his consent before taking actions that would impact its business — such as firing two key executives.

Up until that point, conversations in media circles focused on Wall Street’s reappraisal of the streaming business in the wake of Netflix (NASDAQ:) Inc’s subscriber losses. One digital media executive said Hollywood, which has typically been insulated from recessions, is suddenly worried about how a worsening economy will affect their multi-billion-dollar investments in streaming services.

“For the first time, people are aware the economy does impact the entertainment business, because inflation does impact churn,” the digital media executive said, referring to subscribers leaving a service. “People are now saying, ‘Wow, will people really pay for three of these things?”

One of Musk’s last public messages to Agrawal came in the form of a tweet of a poop emoji in response to the Twitter CEO’s defense of how the company accounts for spam bots.