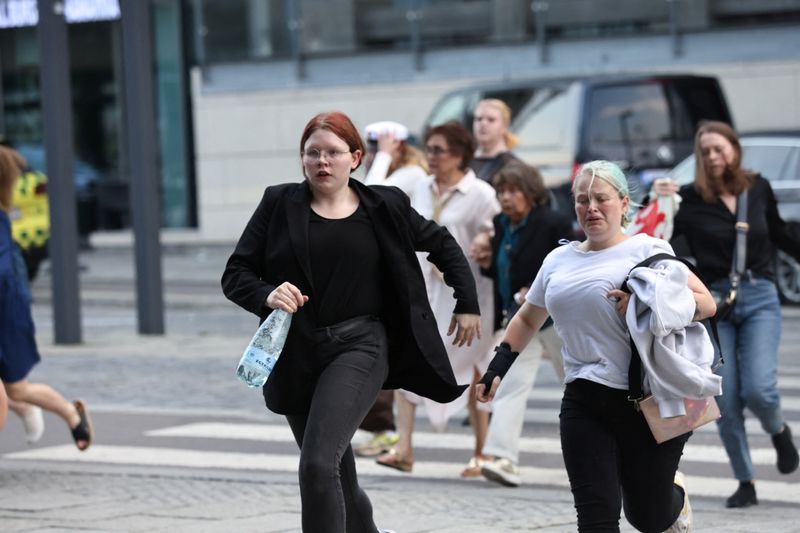 COPENHAGEN (Reuters) -Several people were killed in a shooting at a shopping centre in Copenhagen on Sunday, Danish police said, adding they had arrested a 22-year-old Danish man and could not rule out it was an “act of terrorism”.

Copenhagen police said officers had been sent to Field’s mall in the city after reports of a shooting, and had told people inside the centre to stay put and await assistance.

There was currently no indication that other shooters were present, police said.

The capital’s main hospital, Rigshospitalet, had received a “small group of patients” for treatment, a spokesman told Reuters. It had called in extra staff, including surgeons and nurses, the spokesman added.

Local media published images showing heavily armed police officers at the scene, as well as people running out of the mall. Footage published by tabloid Ekstra Bladet showed one person being carried by rescue workers into an ambulance on a stretcher.