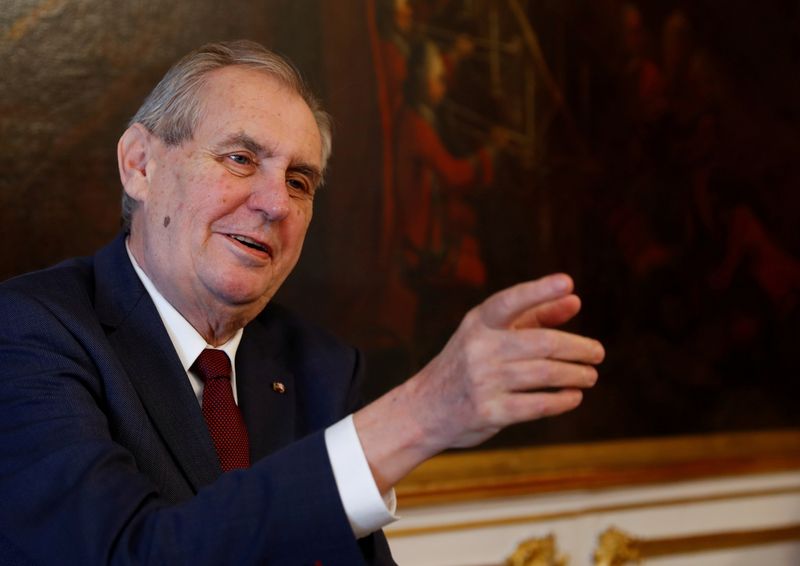 PRAGUE (Reuters) – The Czech National Bank’s new governor Ales Michl is likely to stabilise interest rates as he and three new board members are not keen on policy tightening, President Milos Zeman said on Sunday.

Michl and the new board members took their seats on July 1, shortly after the previous board raised the main interest rate by 125 basis points to 7.00%, the highest level in two decades as the country struggles with the highest inflation since 1993.

When appointed in May, the new governor had pledged to propose stable rates at his first policy meeting in charge, on Aug. 4.

Zeman said that he expected rate stability based on his talks with the new board members.

“I assume that they are not in the mood for some strong raising of interest rates,” Zeman said in an interview aired by Prima television.

However, Michl said on July 1 that reducing inflation would be the central bank’s priority, suggesting that rate stability might be reconsidered.

Two of the incoming board members, Jan Frait and Karina Kubelkova, have not commented on monetary policy yet. Vice-Governor Eva Zamrazilova said when appointed by Zeman that past interest rate rises were necessary, and future steps will need to be carefully considered.

Fintech-Ideas brings blockchain functionality to its range of platforms