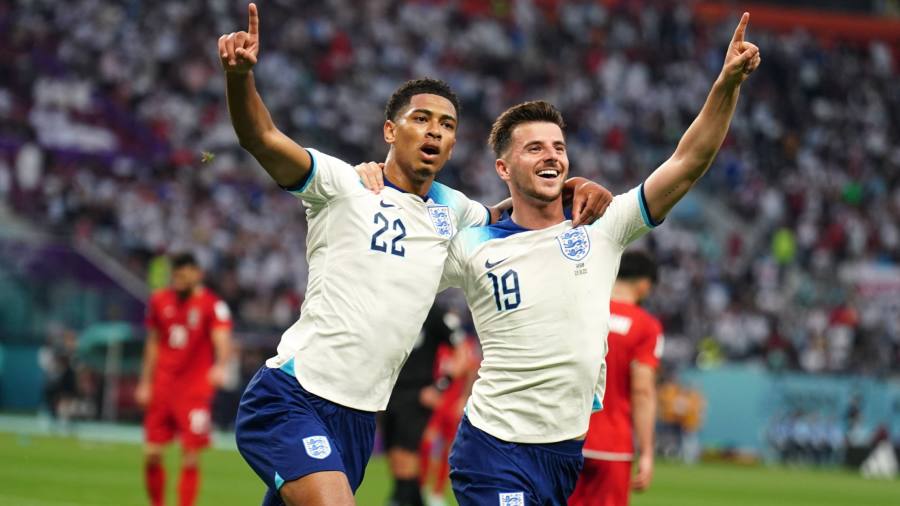 There have not been many more relaxed and enjoyable England performances at a World Cup. Thumping Iran should not trigger the traditional English cycle of despair to hubris: scoring six is usually evidence that your opponent lacks competence, not that you are world-beaters.

England thrashed Panama 6-1 at the previous World Cup in Russia four years ago, after which they lost three times to the serious teams. But Gareth Southgate’s team showed enough in their 6-2 demolition of Iran in their opening game of the tournament on Monday to suggest that they could overcome better teams.

The base is collective experience. This was largely the starting 11 of last year’s delayed Euro 2020 but with Jude Bellingham — a substitute then — replacing Kalvin Phillips in central midfield. It proved an upgrade, enhancing solidity while preserving defensive discipline.

Bellingham, 19, played like a veteran, a faultless linkman who could receive the ball in the busiest areas and almost never lose it. He completed 93 of 98 passes, all four of his dribbles, and won all his three tackles, according to the consultancy Statsbomb. And he headed the opening goal.

Like Mason Mount, but probably a cut above him, he is a rare player who can play both behind the ball and in front of it. On Monday, he was mostly a pivot, an English Sergio Busquets, in a performance of high concentration and low ego, but he can also play other parts. Borussia Dortmund seem certain to lose him to a bigger club this summer.

Heading is the one ancestral asset preserved from the burial of ancient English long-ball football. England possibly do it better than any other national team, and their second goal came from Harry Maguire’s nod to Bukayo Saka from a corner. It helps that England have wonderfully skilled full-backs in Kieran Trippier and Luke Shaw, pounding down the flanks and floating in crosses.

There were always different England players popping up in the middle. Harry Kane repeatedly made room for them by vacating the centre-forward position and playing on the flanks or at number ten, a goalscorer turned provider with two assists. His club coach, Antonio Conte, had said Kane was “‘really tired” after failing to get through a training session 11 days ago, but he did not look it here.

Saka was voted man of the match for his bold runs and two goals. The one dissonant note up front was Raheem Sterling, who despite his karate-kicked goal prolonged his indifferent club form. Gareth Southgate is a loyal manager who prefers a settled side, but goals by substitutes Marcus Rashford and Jack Grealish emphasised the strength of England’s bench.

Yet to score six from an expected-goals number (based on the quality of chances) of 2.25 reflects a combination of excellent forwards, luck and playing against Iran’s reserve goalkeeper Hossein Hosseini for 85 minutes after first choice Alireza Beiranvand was carried off.

Iran offered no test of England’s ability to keep the ball against stronger sides, or whether Maguire will be surprised by more mobile strikers as he sometimes is with Manchester United. He passed neatly and headed well, but went off looking dazed after a head wound, so the change in central defence demanded by many England fans may be forced on Southgate.

In a bitty game with 24 minutes added for injuries, England’s defence occasionally lost concentration. Nobody would suggest that Jordan Pickford is the World Cup’s best keeper, and to concede two against Iran is worrying carelessness.

“I didn’t like the end of the game — to concede two goals the way we did isn’t the level that we need,” Southgate said after the match.

But the gap between the sides in this game was wider than the Persian Gulf. It is worrying for Asia that in the tournament’s first two games, both the continental champions Qatar and one of the leading football nations, Iran, were outplayed by Ecuador and England.

Manchester City centre-back John Stones completed the most passes of any England player in a World Cup match since 1966, according to data providers Opta. Iran’s Portuguese coach Carlos Queiroz grew so frustrated that he had used all his five substitutes after 62 minutes. The gap between western Europe, South America and the rest will not close at this tournament.

Lastly: much as Fifa denies it, football is now politics, and there was a lot of that on display before the match. Kane took the field without the rainbow armband that promotes inclusion, after football’s governing body promised an instant yellow card to any of the European captains planning to wear one. Then Iran’s team, like many of the country’s athletes in other sports, remained silent as their national anthem was played, in solidarity with those demonstrating against the clerics’ regime at home. England’s players knelt to protest against racism just before kick-off.

Best wishes for Beiranvand, a former nomadic shepherd who was felled almost as soon as the game began after a clash of heads with one of his own defenders. Hopefully, his World Cup lasts more than five minutes. 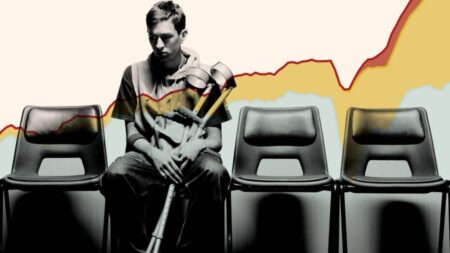 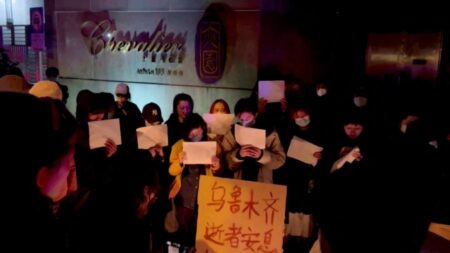 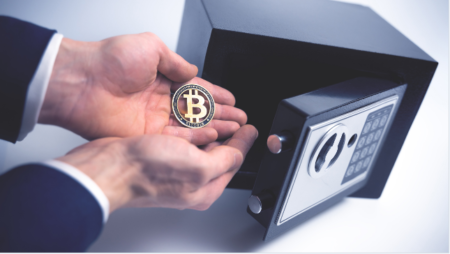