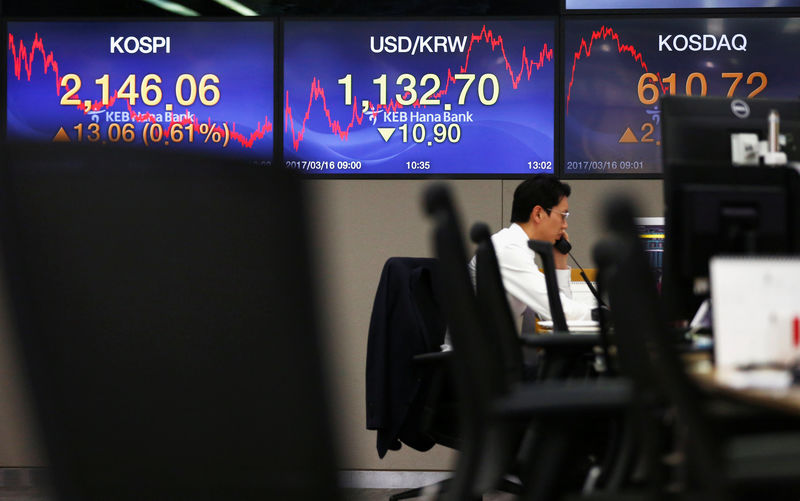 Investing.com – Asia Pacific stocks were mixed on Tuesday morning, and worries about a slowing economy and sticky inflation continued to weigh on the market.

China’s was down 0.20% while the was up 0.60%. In China, COVID-19 cases continued to rise over the weekend, adding to worries about the country’s economic recovery path.

David J. Kostin, an analyst at Goldman Sachs (NYSE:), noted that every S&P 500 sector bar energy saw negative returns in the first half of the year amid extreme volatility.

“The current bear market has been entirely valuation-driven rather than the result of reduced earnings estimates,” he added.

“However, we expect consensus profit margin forecasts to fall which will lead to downward EPS revisions whether or not the economy falls into recession.”

In the U.S. and elsewhere, signs of economic weakness are becoming more apparent.

The Atlantic Federal Reserve’s much-watched GDPNow forecast sees the second quarter running at a negative 2.1%, implying the country was already in a technical recession.

Despite the potential recession caused by tightening monetary policies, Fed Chair Jerome Powell reiterated last week the Fed’s resolution to bring down red hot inflation. Now the market has priced in another hike of 75 basis points from the Fed this month.

“But the market has also moved to price in an increasingly aggressive rate cut profile for the Fed into 2023 and 2024, consistent with a growing chance of recession,” NAB analysts noted.